Professor and Head of the Department of American Indian Studies. 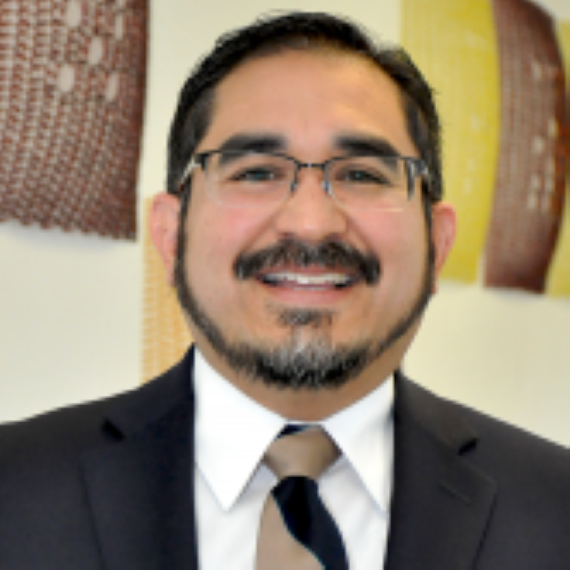 Matthew Sakiestewa Gilbert is Professor and Head of the Department of American Indian Studies at the University of Arizona. He is an enrolled member of the Hopi Tribe from the village of Upper Munqapi. Centering his research and teaching on Native American history and the history of the American West, he examines the history of American Indian education, the Indian boarding school experience, and American Indians and sport. In addition to publishing articles and books on Hopi history, he has produced a documentary film -- Beyond the Mesas -- on the Hopi experience at off-reservation Indian boarding schools, including Sherman Institute, Stewart Indian School, and the Phoenix Indian School.

In his current book project, Modern Encounters of the Hopi Past, he analyzes the ways Hopi people operated within and beyond their ancestral lands, including their participation in the U.S. military, American film industry, various music ensembles, and higher education. It is a history that seeks to understand the Hopi past by examining the life experiences of Hopìit themselves. It places the people and their voices at the center of the story and aims to demonstrate how they navigated distant lands beyond their mesas. It examines Hopi encounters of the outside world and highlights moments when the outside world also encountered the Hopi. Similar to the works by other Native scholars, this book is tribal specific, unapologetically so, and deeply grounded in his identity as a Hopi individual. In this regard, it is a personal history, but one that is closely connected to larger events and themes in Hopi and American society.

Modern Encounters of the Hopi Past has been informed by his two previous monographs. His first book, Education beyond the Mesas: Hopi Students at Sherman Institute, 1902-1929 (University of Nebraska Press, 2010), examines the Hopi experience at Sherman Institute, an off-reservation Indian boarding school in Riverside, California.  Advancing the contributions of other scholars in the fields of history, education, and indigenous studies, Gilbert uncovers the complex ways that Hopi history and culture intersected with U.S. government policies. In addition to providing an historical narrative, the book challenges the notion that a study on the Indian boarding school experience must be understood primarily through a defined framework of Indian education policies.  Highlighting Native agency, the book also explores the many ways that Indian pupils -- Zunis, Navajos, Apaches and other Indian people -- brought their identities to school and how they responded to their boarding school experience as people from indigenous communities.

In his second monograph, Hopi Runners: Crossing the Terrain between Indian and American  (University Press of Kansas, 2018), he examines the ways Hopi marathon runners navigated between tribal dynamics, school loyalties, and a country that closely associated sport with U.S. nationalism.  He calls attention to Hopi philosophies of running that connected the runners to their village communities and to the internal and external forces that supported and strained these cultural ties when Hopis competed in U.S. marathons. He argues that between 1908 and 1936, the cultural identity of Hopi runners challenged white American perceptions of modernity and placed them in a context that had national and international dimensions. This broad perspective linked Hopi runners to athletes from around the world, including runners from Japan and Ireland, and caused non-Natives to reevaluate their understandings of sport, nationhood, and the cultures of indigenous people.

His work and expertise on Hopi running has been featured in a ESPN documentary film entitled "Run Hopi" by Scott Harves (click here for the 15 minute version) and various news outlets, including the University of Illinois News Bureau and The News-Gazette.

In addition to his research and writing, he is co-editor of the Indigenous Education series with the University of Nebraska Press, and serves on the Editorial Board of the Journal of Sport and Social Issues. He is also a member of the advisory boards for the exhibits Resilience: Stories of the American Indian Boarding School Experience (The Heard Museum, Phoenix, AZ), and Fleet of Foot: Indigenous Running and Games from Ancient Times to Today (Amerind Museum, Dragoon, AZ).

Professor Gilbert is open to advising M.A. and Ph.D. students in the following research areas: