In 2001, the Commission on Human Rights decided to appoint a Special Rapporteur on the rights of Indigenous Peoples, as part of the system of thematic Special Procedures.

Under the basic principles of universality, equality and non-discrimination, indigenous peoples are entitled to the full range of rights established under international law. Their equal worth and dignity must be assured both through  individual rights and  collective rights. . Indigenous peoples possess collective rights which are indispensable for their existence, well-being and integral development as peoples.

Human Rights Council resolution 42/20 requests the Special Rapporteur to “participate in relevant international dialogues and policy forums on the consequences that climate change has on indigenous peoples” and to “undertake thematic research and to develop cooperation dialogue with States, intergovernmental organisations, civil society and other stakeholders on effective and sustainable practices”.

How to read the dashboard

UNSRRIP Mandate holders carry out country visits to assess the situation of Indigenous Peoples' rights at the national level: at the request of a mandate-holder, the Government sends an invitation for a fact-finding mission. During such missions, the expert assesses the indigenous people's rights situation in a given country, as well as the specific institutional, legal, judicial, administrative and de facto situation under the UNSRRIP mandate. UNSRRIP meets with national and local authorities, including members of the judiciary and parliamentarians; members of the national human rights institution, if applicable; non-governmental organizations, civil society organizations, and victims of human rights violations; the UN and other inter-governmental agencies; and the press when giving a press conference at the end of the mission.

One Letter Can Save a Life (SR at U AZ) 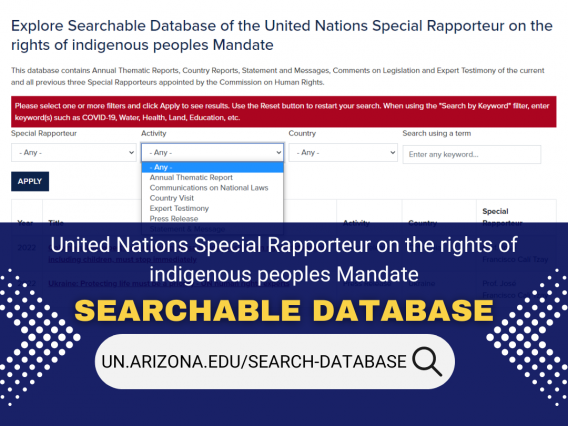 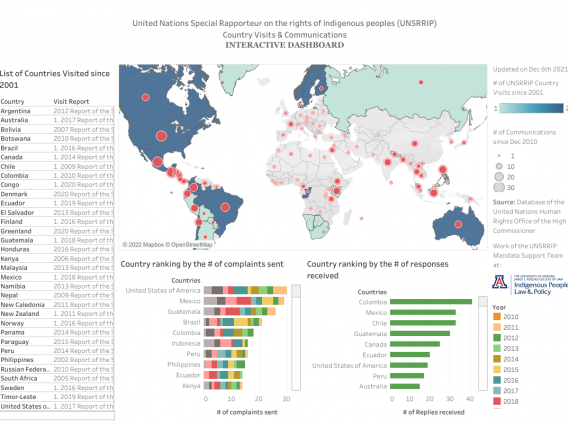 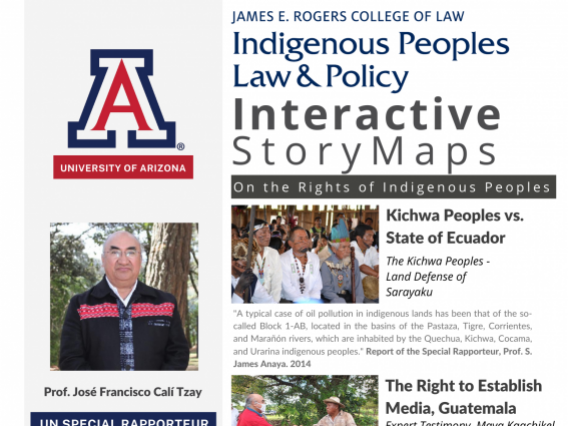